Alright, this sort of an old ongoing topic among photographers of all types, so after a discussion with a photographer friend of mine and her experience with another photographer she hired to shoot a wedding with her as a “second”.  Well, I will start by saying that shooting with a second could be it’s own topic for a post but the bottom line is be selective about who you hire.  Anyways, this “second” photographer was shooting with a high end, full frame Nikon DSLR and instead of using the camera to it’s fullest potential, she shot only JPEG images of the wedding.  Oh, and she didn’t use flash in low light when it was needed and shot at such a high ISO that most of the images were not usable.

So what I am getting at here is the value of the RAW file.  Shooting a DSLR in JPEG is like having a big 4×4 tricked out Jeep that never leaves the pavement.  You are not using it to its fullest potential.  JPEG files are compressed image files and they are great for sharing images online and for saving storage space, but when the file is compressed, some of the information in the image is tossed out.  The algorithm used to compress the image will select pixels to discard based on their similarity to the other pixels around them.  This can create several problems for photographers.  One of which is less information means less enlargement.  A 5×7 may look great, but an 11 x 14 or larger may look like it is made from Minecraft Programers (full of square pixels).  The other problem is a decreased ability to manipulate the image.  With less information you have less latitude in adjustments such as, exposure, contrast, color correction, brightness, etc etc etc.  It is sort of the digital equal of slide film.  But, JPEG does have it’s usefulness.  Most notably a smaller requirement for storage space.  I can fit three times as many JPEG images on my memory card as I can RAW files.  Because of their size they are much easier to transfer online via upload or download as well.  Many Photo Journalist use JPEG for that reason.  It allows them to get their images to the publisher faster.  I have sometimes shot JPEG when I was running out of room on a memory card, because a JPEG image is better than no image at all.

Case in point:  The image of the horses below is from a JPEG file as the original.  We were on Cumberland Island and the group I was with had been out shooting all day.  This was many years ago when I shot with a Nikon D100 (6.1mp) camera.  Back then a 1 gig flash card was $349.99 at Wolf Camera and I only had two of them.  One card was full and I only had a few frames left on the other card.  So, just in case we came across another photo opportunity, I changed to JPEG from RAW.  Good thing I did, because we came across this group of horses.  I was the only person in the group with camera in hand and ready to go when we stumbled across them.  It prints pretty well at 11 x 14 and I have printed larger, but only by using a special software to enlarge it.  This shot was certainly better than no shot. 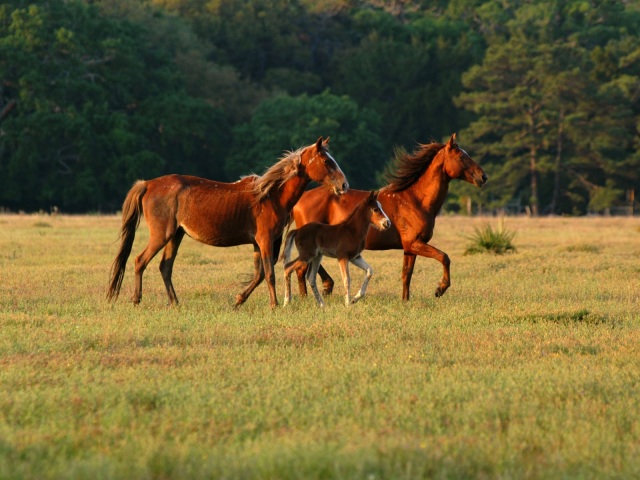 RAW files, they are the best in my opinion.  They contain the maximum amount of data that your camera is capable of capturing.  Why only have part of the pie when you can have the whole thing.  The downside of RAW files is their size.  They can be huge files, especially from the full frame cameras.  But for me, the ability to have more latitude in correction and manipulation is worth trade off in size.  Another downside, is the file types can be proprietary to the camera manufacturer, such as the Nikon raw file called a NEF (Nikon Electronic File).  Fortunately, the software companies like Capture One and Adobe, have added these file formats to their software so you can work with them with out conversion.  Adobe has gone a step further and created the DNG (Digital Negative) file format and they have made it open source for manufactures to use (Leica uses this as their RAW file format) and have promised that their software will always be able open and use this DNG file format.  Because of this, I have started to convert my RAW files to DNG.  They seam to be faster to use in Photoshop and Lightroom as well.  Along with the ability for greater latitude in image adjustments, RAW files allow for bigger enlargements.  I can easily make 30 x 40 prints from my camera with using a rip software.  The color rendition is also much better because all the pixels are still there and you are not relying on some equation the camera manufacturer decided on to make decisions about what pixels to keep and what to toss out.  As a photographer and an artist you should be making the creative decisions not the camera.  There is almost no excuse to not shoot RAW now.  Processors are faster now and memory is inexpensive these days, there are even smart phones out there now that can shoot in RAW file formats.  Shoot RAW and make your own choices. 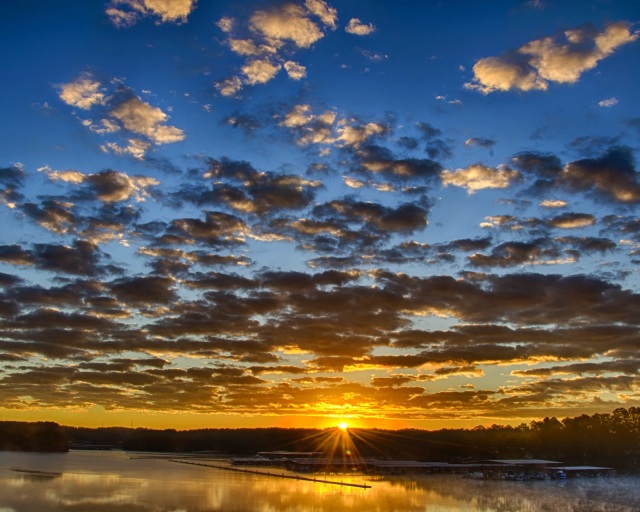 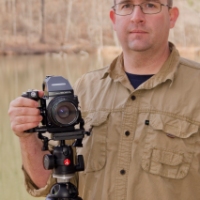